Be Nice to People on Your Way Up 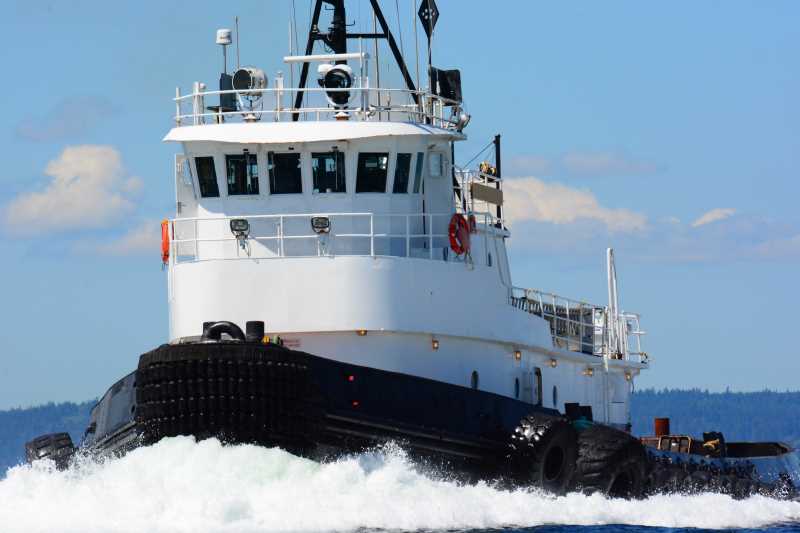 Early on, the first bigger business I ran was an advertising agency. Somehow, one of the world' largest tug and barge transportation companies hired our fledging little firm. They liked our non-stop energy and creative ideas. They wanted to hear a different vision and, boy, did they get it.

This was the time when massive oil corporations were developing the now fabled or infamous (take your pick) Alaska Pipeline, spending billions of dollars. Each spring, a flotilla of barges sailed from our city of Seattle up to the "North Slope" of Alaska, but only after the massive sea ice dissipated. Hundreds of barges, tugs and boats were involved.

Some barges were so large they required two 9,000 horse power tugs, lashed into giant slots in the barge itself, to push them from behind,. These goliaths went first in the fleet pushing the barge up and onto the ice flows (often 12 feet or more thick) and smashing them open, so other vessels could get through. Watching it was stupefying, even terrifying.

Our client secured contracts on huge swatches of the business, generating hundreds of millions of dollars. But to meet the demand, they had to stop serving their smaller clients who had been supporting the company for a century.

The North Slope project took some years, but eventually the pipeline was completed and the flotillas ceased. Some shipping to the slope was still continued, but my client's Alaska business shrank hugely.

When that happened, the tug and barge company returned to their prior small clients to again offer their services. But low and behold, those clients, who had to hustle and suffer from lack of tug services, were more than miffed.

They thumbed their noses at my client. We even attended the world's largest trade show for shipping and watched our clients be cussed out, up one side and down the other.

The company president called me one day and said, "What should I do? These people are really pissed."

In the end, in an effort to right the ship, we created advertisements, printed materials and sales training for all of their business development crews. They spent millions trying to apologize.

Business improved gradually for my client, but it took them a decade to recover. Sometimes there are business decisions which favor one client over another. It is not always possible to give everyone what they want. But remember this - People have long memories.

Unfortunately for my client, they became too selfish and self centered to realize how dropping customers to go after bigger fish would make the minnows feel. He forgot that some small fry grow into big fish and, when they do, they won't want to deal with sharks.

My client didn't have the benefit of a wise father or mentor, but instead put growth and profit ahead of people.